UEFI laptops are very common nowadays. Popular distros like Ubuntu, Fedora. OpenSUSE etc. come with UEFI support. But how about some relatively lightweight distros which can boot fast, from from USB and are useful for quick browsing sessions without saving anything on the disk? Unfortunately, UEFI support is still not very common across Linux distros. There are hacks to make them work (like I did for Slitaz or ArchBang in the past, introducing rEFInd etc.) but end-users will definitely look for something that works out of the box. While we couldn’t find distros as light as Slitaz, we found some less than 800MB distros which work out of the box on UEFI devices. We have only tested x86_64 ISOs as UEFI is more common on 64-bit hardware. We tested these distros on a UEFI VM and as there was no option to enable Secure Boot we can only claim that these work fine with Secure Boot disabled. Tested versions are recorded because older versions might not have UEFI support. The distro is under development (Alpha stage) at the time of writing. Flaunts the beautiful Budgie desktop. 655MB ISO size. 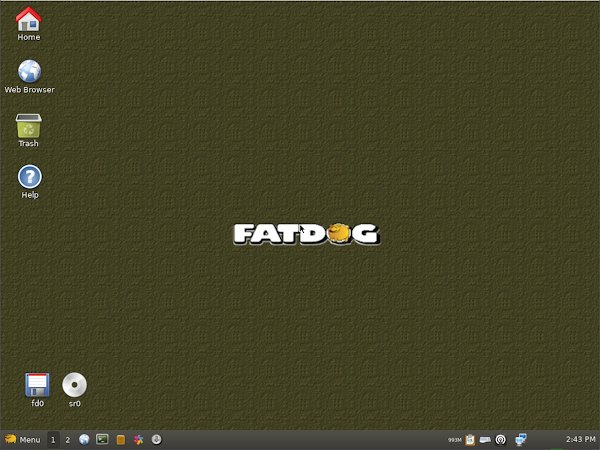 Based on Debian Unstable and the desktop environment is Openbox. Installation guide. ISO size 634MB. 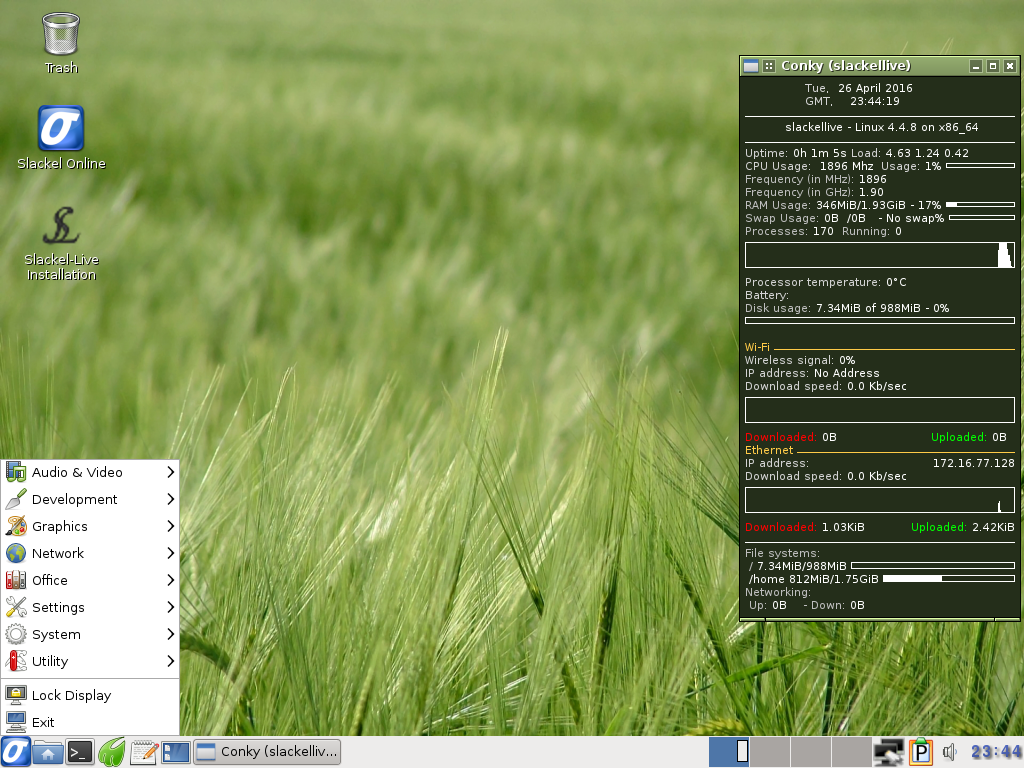 Based on Slackware and Salix distros. Offers KDE and Openbox desktop environments. Couldn’t find a comprehensive guide for this one but the procedure should be similar to the other distros in the list. ISO size 696MB (Openbox edition).

This is a growing list. If you find any other lesser known Linux distro which works out of the box on UEFI devices please leave a comment and we will add it to the list.

There are hundreds of Linux distributions (aka distros) out there and newbies have every reason to be overwhelmed. The secret is, once you have a way with Linux, used it regularly for a couple of months and you know how to make use of the distro community, you can customize most of the generic Linux distros to do anything your way. It’s also important to know that installing a new desktop environment (DE) on Linux is just a matter of installing some packages, logging out and in to the new DE. Here are a few selected distros which make the switch to Linux smooth and comfortable. A new user can try these distros live from USB and choose one.

The base for many Linux distros. Originated from Debian. Has its own DE named Unity that plays a major role towards Linux convergence. You can install other DEs as well. Ubuntu is so easy that sometimes geeks blame it to be over-simplified. Has a very very strong community and multiple forums. Forked from Ubuntu and supports many DEs. A good entry-point for users migrating from Windows. Mint is modern, elegant and a comfortable operating system which is both powerful and easy to use. Linux Mint is the most popular desktop Linux distribution and the 3rd most widely used home operating system behind Microsoft Windows and Apple Mac OS. It works out of the box, with full multimedia support and is extremely easy to use. 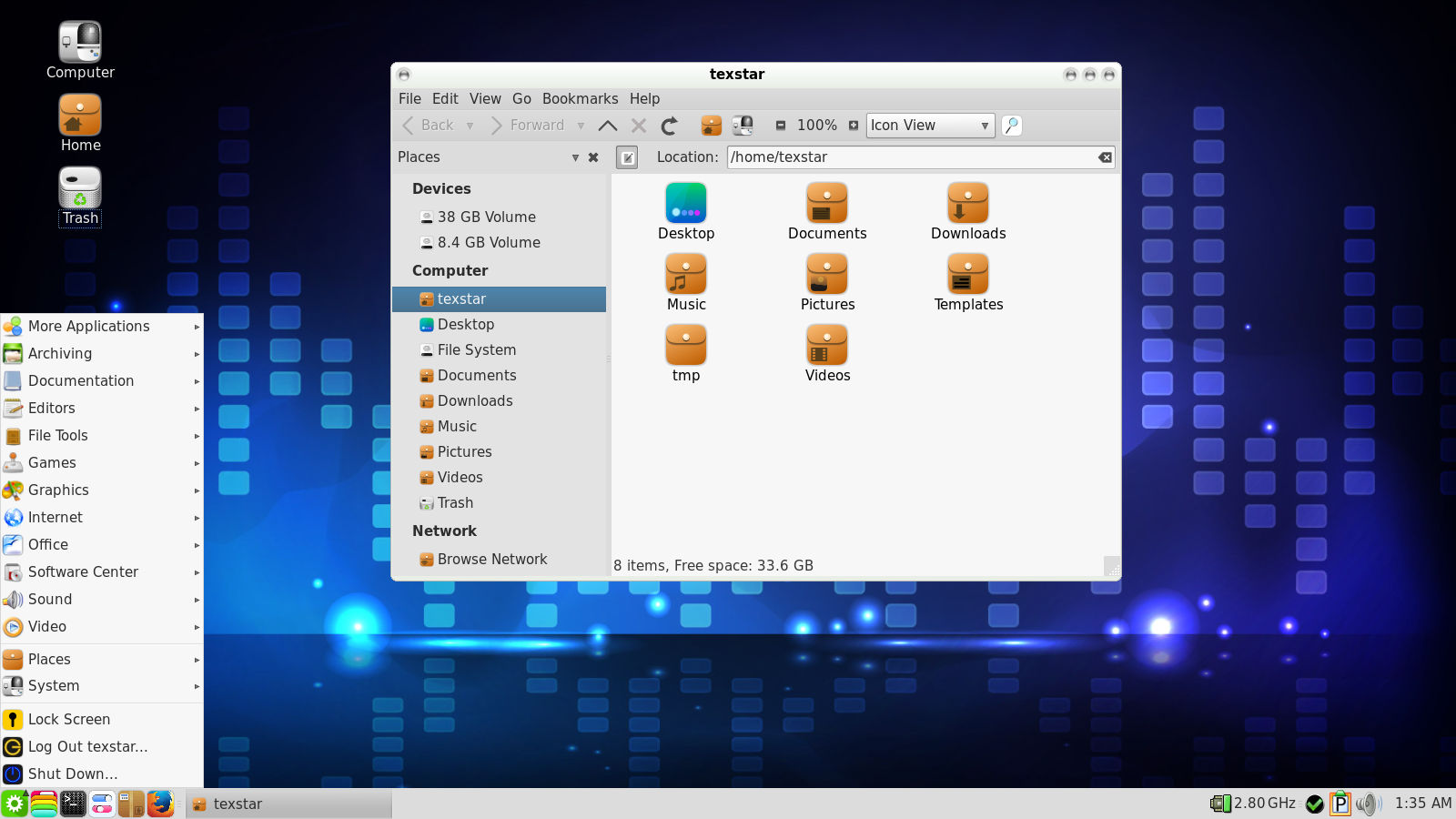 User-friendly Linux distribution with out-of-the-box support for many popular graphics and sound cards, as well as other peripheral devices. The bootable live CD provides an easy-to-use graphical installer and the distribution sports a wide range of popular applications for the typical desktop user, including browser plugins and full multimedia playback. The intuitive system configuration tools include Synaptic for package management, Addlocale to add support to many languages, Getopenoffice to install the latest OpenOffice.org, and Mylivecd to create a customised live CD.

Ubuntu-based Linux distribution designed especially for newcomers to Linux. It has a Windows-like graphical user interface and many programs similar to those found in Windows. Zorin OS also comes with an application that lets users run many Windows programs. The distribution’s ultimate goal is to provide a Linux alternative to Windows and let Windows users enjoy all the features of Linux without complications.

I have intentionally ignored some great distros like Fedora, Debian, Arch etc. because this post is intended for newbies who can just install the OS and enjoy it without firing Google within 5 minutes. New suggestions are welcome.

Here’s an earlier guide to set up Ubuntu for a newbie. Most of the steps are applicable to all of the above distros other than community specific stuff.

What do I use? A minimal and highly customized Ubuntu with LXDE. It’s cool for development!

If you are running a small to medium distributed business and are not inclined to spend a fortune on commercial software, you can find industry standard impressive Linux based alternatives those come free of cost. We have selected 3 such distros those are diverse in the problems they solve and might be the perfect solution for you too. The mail I received with these suggestions read “a monkey could install, run and maintain them” and fortunately it’s absolutely true! All administration can be done using the simple web interfaces that these distros offer. END_OF_DOCUMENT_TOKEN_TO_BE_REPLACED

Today IBM has released its own general purpose OS: FusedOS. As the name indicates, it is actually a fusion of a general purpose OS and a specialized OS the processes of which can talk to each other, unlike most OS -es which need to run on separate virtualized environments. Right now the prototype runs on the IBM Blue Gene/Q supercomputer (Linux runs on most of the supercomputers of the world, so this comes as no surprise) and combines a general purpose Linux kernel with the IBM compute node kernel (CNK). Both run from the same partition and applications for both the OS -es can be run on FusedOS. The applications can run simultaneously and can talk to each other as well. While you can run Linux processes over ssh, you need to invoke the cl tool for running CNK processes. Here’s a more detailed documentation on architecture and components of FusedOS.

IBM had long been a strong promoter of Linux. Good to see class innovations like this from IBM based on Linux. This also recognizes the growing visibility of Linux as a general purpose OS. Several Linux distros are developed with security and user data privacy in mind. This article explores some of those.
END_OF_DOCUMENT_TOKEN_TO_BE_REPLACED