You must have come across tons of indicator apps, applets and widgets which show the power and battery status on Linux. However, keeping these utilities running also mean you are polling these values constantly (almost always from /sys/class/power_supply) and wasting CPU cycles. How to check the power supply and battery status from the cmdline? END_OF_DOCUMENT_TOKEN_TO_BE_REPLACED 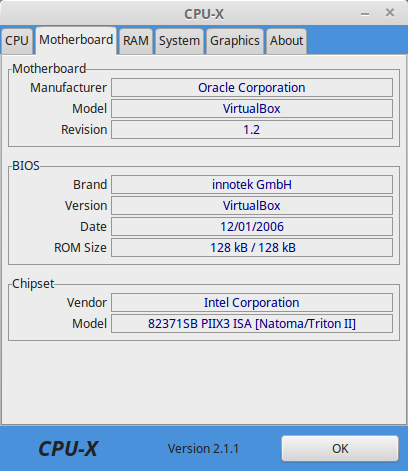 There are numerous tools to fetch hardware information on Linux (lshw, dmidecode, hwinfo, i-Nex, i7z, inxi…). CPU-X is a new tool that specializes on gathering processor and motherboard information. END_OF_DOCUMENT_TOKEN_TO_BE_REPLACED

Benjamin Widawsky has pushed a new tool to change the frequency of Intel GPUs from userland. This is not a new functionality as this could be done using sysfs but this tool brings it to end users. The tool should be useful for debugging performance issues or benchmarking. It does not allow any GPU overclocking or any functionality not allowed via sysfs. Also note that the tool underwent minimal testing at the time of writing.

The name of the tool is intel_frequency. It should be run as the root user or sudoer. Options:

The patch is available here in the Intel Graphics mailing list, waiting to be added to the Intel GPU tools package (at the time of writing).

Playing with processes on Linux is always fun. cpulimit and taskset are two cool and useful utilities to control the behaviour of your processes at a CPU-core level.

Lets you control or limit the CPU usage of a process. This will make a processor intensive process take longer to finish but will allow other processes to utilize the CPU. cpulimit works on both single or multi-core environments. Run the following command to install cpulimit on Ubuntu:

The easiest way to use cpulimit is to add cpulimit -l perecentage_of_cpu before your usual command. For example:

will run HandBrake (ghb) and force it to use around 20% of your processing capacity. cpulimit has options to attach to an already running process:

The -b option runs cpulimit in the background.

taskset is a wrapper to the sched_setaffinity system call. Use it to control which processor core(s) a process can run on.

To make a process with PID 1234 run on cores 0 and 2 (the output will show the current and changed affinity):

As you can see, before changing the affinity, the process could have run on any core from 0 to 3 (I have a quad core device). That’s the general affinity of any process started without taskset.

To know the current affinity of any process:

You can also use ps:

i-Nex is a fresh hardware information reporting tool on Linux. The author was inspired by the Windows tool CPU-Z and the the GUI of i-Nex bears a strong resemblance to it. i-Nex is a very powerful tool and provides as much information as CPU-Z, if not more. Capabilities:

Cmdline alternatives to i-Nex on Ubuntu

inxi is a script that fetches the details of your system, specifically hardware for you. It is quite handy when you need to touch-base with your hardware.The options page extensively details on the numerous things that inxi can do. For simplifying the usage, the authors are working on a GUI as well, though the progress is admittedly slow.

Besides showing system information, inxi can show you the weather too! Run:

If you want a detailed information of your Intel i3, i5 or i7 CPU on Linux, try this tool out – i7z. Pretty simple to compile with minimal dependencies. It gives you a lot of detailed information to know your CPU better, e.g. do you know if your Turbo Boost or Hyper-Threading is enabled? Use this tool to check.