Brazil is one of my all-time favourite movies. The movie is futuristic and shows a mechanical world ruled by strict policies where human emotions matter very little. Each and every piece of information is digitized and the walls between the haves and have-nots is very tall. People dead or missing are simply shown as deleted from the system. People are self-centered and has little time for anything else other than pursuing own desires. As the story progresses we see the hero, a dreamer and a player of the bureaucratic society gradually become a rebel (to the extent of becoming a terrorist by the standards of the society shown). The dream-scape is absolutely fantastic and the oppression of the commoner shown in the movie is brutal but at the same time realistic. Most of the characters convey a meaningful message and each time you see the movie they become clearer. The last half an hour is a masterpiece with all its imageries and there a few movies which have so meaningful and deep endings. It’s a pity that the movie didn’t receive any Oscar though it was nominated for 2. The story is original and so are the characters. The movie might seem slow to many people but personally I feel the pace actually strengthens the storyline.

I have watched Heat 3 to 4 times by now and this movie never fails to amaze me. it’s a delight to watch the ceaseless psychological war between two of the greatest actors of our time – Al Pacino and Robert De Nero. The movie is packed with superb acting by these two actors and ceaseless action. The lives and minds of these two characters are pictured brilliantly. Both of them are equally dynamic. I believe this is the masterpiece of Michael Mann as well. The drama is tense and if you are watching for the first time it is impossible to predict the way the movie ends. A commercial movie based on such a simple story and yet so complex and classic is definitely hard to find. The dialogue between Al Pacino and De Nero is one of the greatest I have ever heard in a movie standing only second to Edward Norton’s monologue in 25th Hour. And they appear together in the film only for a few minutes! I rated this movie at 9/10 on IMDB.

Hanna: Al Pacino
McCauley: Robert De nero
(It’s impossible to decide who is the best among the two)

McCauley: I’m alone, I am not lonely.

Here‘s the lengthy one on YouTube. Honest and brutal! Video is choppy but this is the only one with the full length conversation I could find.

It’s time to write something about the latest Japanese (English dubbed) TV Series I finished watching. I am not a fan of the usual mangas with too much technological bent and action. Death Note is different. It is well paced and the story unfolds very well. The character of L was a delight watching because of the great care with which the minute details are written. There are many many twists in the story and that prevents the story from being boring. The mind game between L and Light is exciting. However, I feel that the length of Misa Amane could have been shortened but it could also be due to the reason that I was watching a dubbed version and translations don’t always convey the same emotion. The theme of the series is authentic and I don’t think that I am come across any concept like this in any other series or movie released before it. If I remember correctly, a Hollywood movie was made based on the same concept a few years back.

Favourite quotes:
None in particular… as it happens with dubbed versions.

I have recently finished watching the 2004-2005 Japanese manga series Monster, dubbed in English. The storyline has some good twists (but that’s expected of a 74-episode long series). The length of the series is too long for the strength of the story and in many occasions you’ll just feel like skipping forward to catch on with the main story. The story is contradictory and far-fetched at some points. As the author is Japanese he had to make the hero Japanese I suppose, otherwise it doesn’t add up. No other Japanese character in the whole series (other than a few throw in characters in one episode), though it’s hard to believe that a Japanese suspect on the run will be so hard to catch in Europe. As any other Korean or Japanese film/series this one is also overrated in IMDB. I will give it a 7.5 out of 10 at max. However, if you can keep track of the story it isn’t a very bad series to watch either. But you won’t be wanting to watch it a second time. 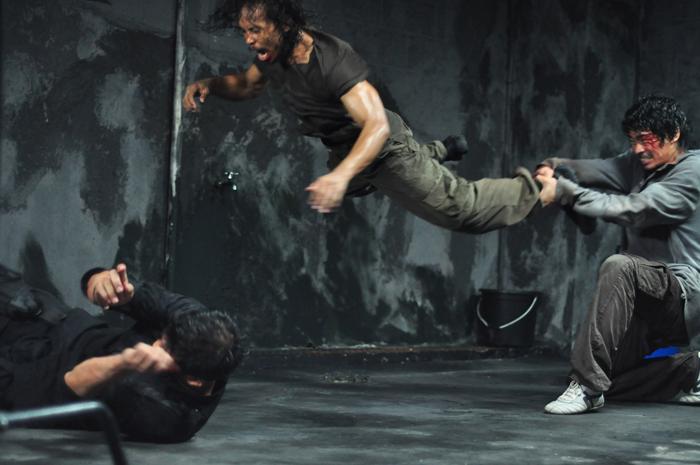 If you like raw action and the quality of the story doesn’t bother you much then this is the latest best you should watch. The Raid: Redemption from Indonesia is action packed and has its own share of violence and gore. The storyline (though there’s not much to it) is reasonably fast and it doesn’t keep you waiting for more action. There’s nothing much to write about it other than the fact that the action is bloody (literally) top-notch. Only because of the action I gave it 8/10 in IMDB, as I didn’t have any other expectations from the movie. But I enjoyed the movie from the beginning to end. You get what you paid for. As far as I remember, The Lost Room was the first foreign Mystery TV Mini-Series I watched. I watched it in a single session (and it is 6 hrs long) as I could not leave without reaching the end. The story is gripping, fast and greatly balanced. A must-watch for Mystery/Sci-Fi lovers. The concept of powerful objects once used by God (or a superior human being) scattered around the world and how they are being used by human beings to their own benefit is authentic and I have never seen a similar concept till date. The central theme is the imaginative and action-packed storyline. The acting is superb as well. It has all the qualities of becoming a cult classic someday. Rated it 9/10 in IMDB.

It’s been a long time I watched any series and I decided to start watching Taken which I found in my collection. Well, to say the least, after finishing 2 episodes I was disappointed and deleted it. First, it’s a Drama cum Sci-Fi and the Sci-Fi part seemed very weak – based on old theories on aliens (from the X-Files perhaps) and absolutely nothing new. The Drama was slow, predictable and the occasional cliché and shallow free gyan on life in a little girl’s voice seemed insufferable to me. Secondly, the episodes are extremely long (1.5 hrs each) and quarterway you just feel like fast-forwarding through the rest. I gave it 5/10 in IMDB and wouldn’t advice wasting time on this. There are far better Drama or Sci-Fi Series out there. Don’t waste your time on this one.

The Intouchables is undoubtedly one of the best movies of 2011. The Metascore of 56 in IMDB doesn’t justify the quality of the movie. The movie is based on a real-life story of an uncanny friendship. The story is humanitarian and the film is a Drama with occasional touches of subtle humour very rare in movies nowadays. Acting is top-notch which is driven by the fantastic storyline. The friendship shown is so unusual that it is difficult to accept it at the beginning. But when the movie ends it does satisfy us fully. The movie is in French, so use subtitles if you don’t understand it.

Favourite quotes:
Philippe: Tell me Driss, why do you think people are interested in art?
Driss: I don’t know, it’s a business?
Philippe: No. That’s because it’s the only thing one leaves behind.

I re-watched Blade Runner last night, after 5 or 6 years. The first time I watched this movie I couldn’t fully understand it, and I remember it seemed like mumbo-jumbo. But yesternight’s session was a revelation. This movie was much ahead of its time and wasn’t a box office success when it was released. I think the chemistry shown between humans and bio-mechanical replicants was was too much to handle for the people at that time. The mixed inter-racial culture, congested ghetto cum mechanical livelihood, co-existing with excess futuristic amenities added to that. It would have been very difficult to accept that in 1982. The movie was a bit slow, not in pace but in presentation and at sometimes it was cold but I think that added to the beauty of it. With this movie you have to be patient and let the movie unfold itself. The character of Rachael was an eternal struggle to become human when she knew she is not and her end is nearing. The knowledge of her actual identity was detailed so beautifully in her coldness and fear. The eccentricity of Roy Batty, his profoundness and his extreme desire for longevity makes us question ourselves – are WE less human than we should be? The hero here (Blade Runner Deckard) is not a superhero. Though held in high esteem by others, he is a normal human being doing his job using qualities just above normal which makes the character very realistic. This movie reminded me of Kubrick’s 2001: A Space Odyssey (1968) which also was much ahead of its time and shows AI reaches a stage where it longs to last at any cost. 10/10.

Batty: I’ve done… questionable things.
Tyrell: Also extraordinary things; revel in your time.
Batty: Nothing the God of biomechanics wouldn’t let you into heaven for.

I’ve seen things you people wouldn’t believe. Attack ships on fire off the shoulder of Orion. I’ve watched C-beams glitter in the dark near the Tannhauser Gate. All those moments will be lost in time, like tears in rain. Time to die. – Batty 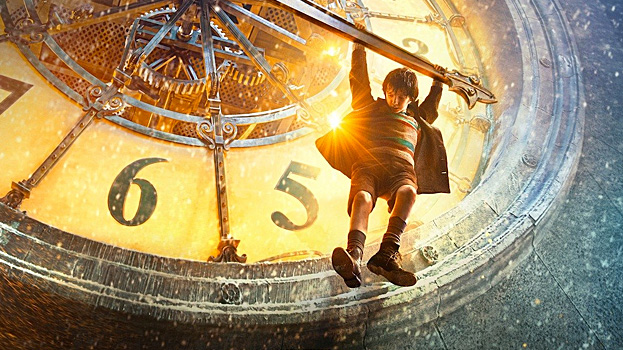 Being an avid fan of Martin Scorsese I was eager to watch Hugo. I waited a while for the Blu-ray edition to be released and then again to watch it with my family during my vacation. We loved the movie. Every film by Scorsese has something new to offer, from After Hours to Casino to The King of Comedy to Shutter Island. Hugo was no different. It is based on the twilight years of the French filmmaker Georges Méliès, who made many films (the footage of most of which are lost) during the early film era, including A Trip to the Moon (1902), which I have in my movie collection. The movie excels in all respects: the direction, acting, cast, a beautiful Paris from the 1930s, a humane story and above all a film watchable and enjoyable with the whole family (something rapidly becoming extinct). Some may be complaining the movie is slow but I enjoyed it every moment. And the 1930s were slow wrt. today, innit? 😉 The Adventures of Tintin by Spielberg doesn’t even stand in comparison. Hugo is also the winner of 5 very justified Academy Awards, which says it all.

Favourite quote:
Isabelle: We could get into trouble.
Hugo Cabret: That’s how you know it’s an adventure.