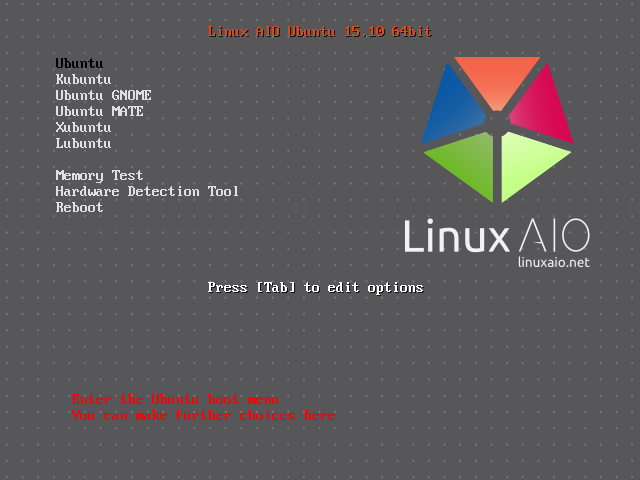 Linux AIO is a project to package multiple flavours of a distribution in one ISO within a DVD size limit. Users can try each flavour live or install on their systems. In essence the difference lies mostly in the desktop environments. This is an invaluable source of distributions for distro hoppers. Note that there are issues, some of which are unresolved due to distro dependencies. However, for most of it, the stuff works.

The project supports a large number of Primary distributions: