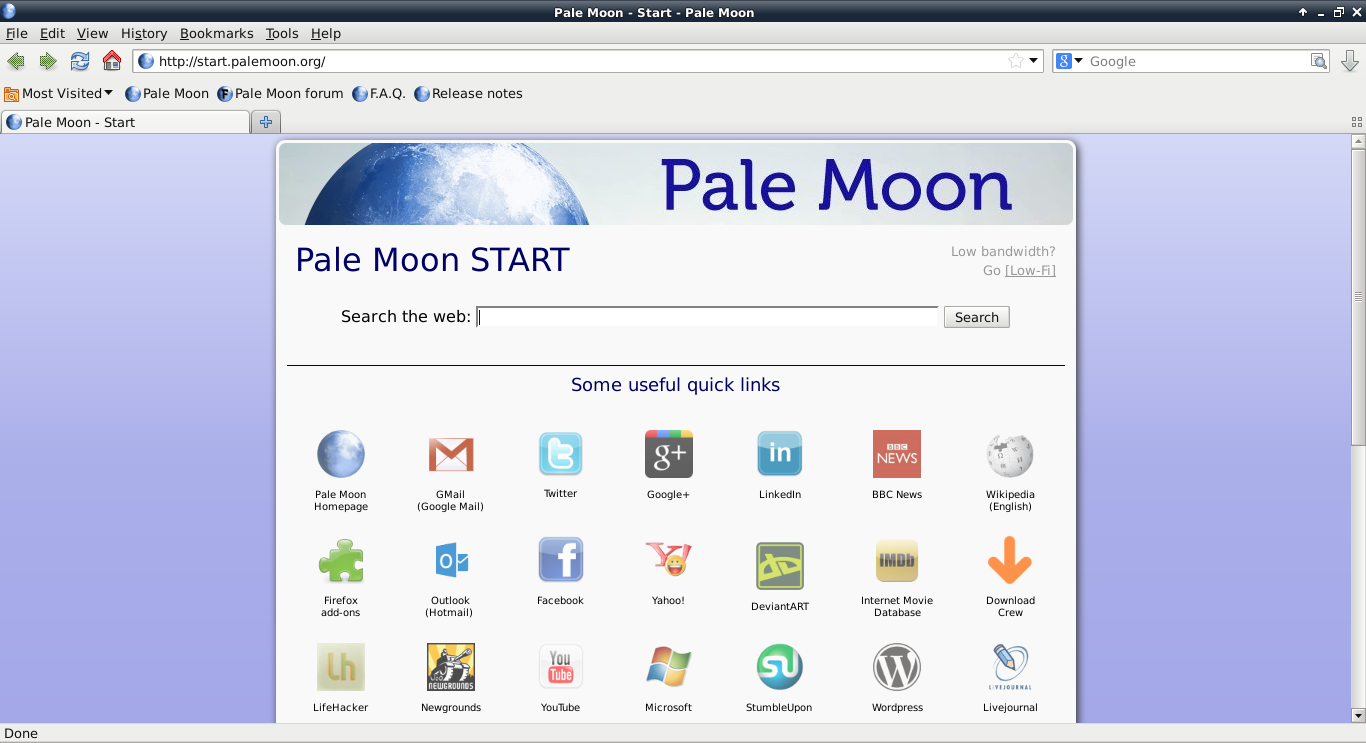 Don’t like all the bells and whistles of Firefox and looking for a leaner option? Not a fan of the new Firefox Australis UI? Though there is an extension to get back the older look and feel, why settle for less when you can get something highly optimized? We have found just the right Firefox mod for you – Pale Moon.

Though it started as a tweaked build of Firefox in Jan 2014, Pale Moon has now become a fork of the official Firefox with many optimizations at source code level and selected features for the best possible browsing speed. At the time of writing Pale Moon is based on Firefox 24 ESR code. Most of the Firefox plugins go well with Pale Moon too.

There are 2 ways to install Pale Moon:

I am using it for a while now with AdBlockPlus installed. Did not face any issues with functionality and it indeed uses lesser memory than Firefox. They also have an optimized Thunderbird mod based on the Pale Moon browser core: FossaMail.

One thought on “Pale Moon: Firefox optimized for speed”